Description:
The Hina Matsuri is the Girls day in Japan. It is held on March 3th.

The days before March 3, Japanese girls expose their valuable dolls displayed on small platforms of several levels. These special dolls are passed from generation to generation, are stored and kept safe in a box all the rest of the year. The dolls (雛人形, hina-ningyō) are representing the Emperor, the Empress, the attendants, and the musicians in their traditional court dress of Juuni-hitoe of the Heian period. 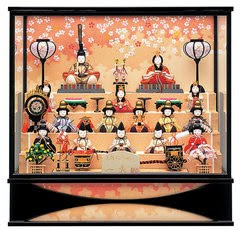 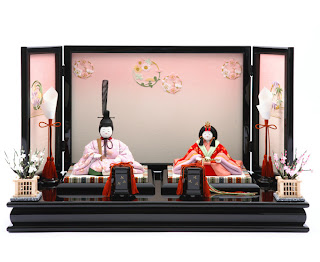 Origin:
This festival is coming from back the Heian period. The Hina dolls were supposed to protect from evil spirits.

Traditions:
To celebrate Hina matsuri, drink traditionally Amazake, slightly alcoholic drink made from rice and we eat hina arare, cookies made from rice, and sushi. 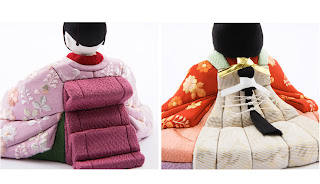 Culture:
According to traditional belief, he must place the dolls on the evening of March 3, otherwise the daughter of the house will not get married for a year. This festival is celebrated in most homes, there is an unmarried daughter or not.


Next post will be on the Juuni-hitoe the 12 layers Kimono wear by Imperial court ladies.