What is a Tokonoma and its origin?

The spiritual center of the traditional Japanese house is the Tokonoma.
We can find less and less Tokonoma in newJapanese constructions. 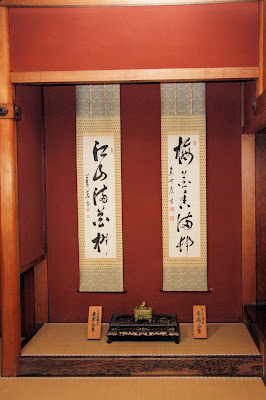 The Tokonoma is normally in the tatami room (Guest room) and its size can be different size according to available space in the house.

Today, the Tokonoma is the size of two tatami mats and it is slightly elevated above the tatami floor.

There are several stories about the origin of Tokonoma and its utility. 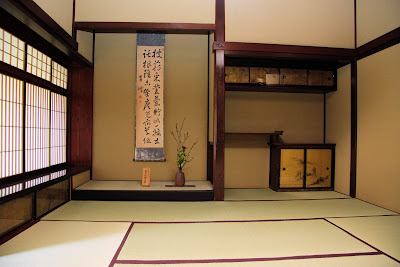 Originally it is believed that the Tokonoma served as the location for bed time because it was built just big enough for bedding. Then it became the seat of honourable guest of high rank and then at the end of the Kamakura period the platform has become a utility similar to the present. It was at this period that people began to hang a Buddhist image in the alcove and the Tokonoma became the spiritual center of Japanese home.

The use of Tokonoma is as following: 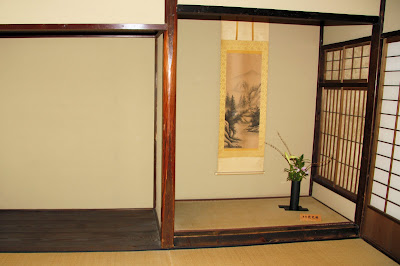 We place a small wooden base in the alcove to display an incense burner "Kouro, a flower vase" Kabin "and a chandelier" Shokudai. These three things are important to Buddhism and are designated as "Mitsugusoku" the three instruments of Buddhism.


Subsequently, towards the Momoyama period Tokonoma has been used primarily for displaying treasures of Japanese art. Also, the size and layout of Tokonoma begin to vary according to the owner of the tatami room.

Also, the Tokonoma is a full part of the "Chashitsu" (tatami room for the tea ceremony). Inside the Tokonoma there will have then Kakejiku, Ikebana flower arrangement, and an incense burner “Kouro”, you will notice that the chandelier" Shokudai "has disappeared from Tokonoma today. 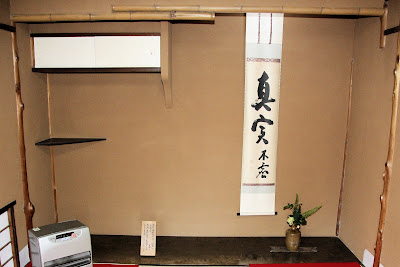 
What comprises the Tokonoma ?

Initially, the Tokonoma place was assigned to the guest of honor.
After it became the sleeping space. As night fell, people get the futon out of Oshiire and lay them on the surface of Toko.
Today Tokonoma has a strictly to one use and it is to hang and display a Kakejiku, Ikebana (Japanese flower arranging) or Kouro (incense burner) or another of your favorite pieces of Japanese art.

Another important part of Tokonoma is called Toko. Normally, the floor of Tokonoma is somewhat higher than the level of the tatami.
The support base is called the Tokogamachi. The surface of Toko may be covered with tatami, or it can be left in a natural wood finish or it can be painted or stained a dark brown or black lacquered.

Another very important part of Tokonoma is the pillar, it is named Tokobashira. The Tokobashira is normally a tree trunk left in his natural wood finish. Sometimes, the trunk can hold one or two branches and is worked into the structure to be more ornamental.