It is a national holiday and some people can have from 3 to 7 days off duty or school at this moment. Many companies are close or very low staff at this time of the year. This time is served to make a lot of “Time Honoured” to family and friends.

There is an old Japanese proverb that says like this about January 1st;

“It is the day to make new plans for the Year and start afresh with a new state of mind.”

Preparation for seeing the New Year were originally undertaken to greet Toshigami, or deity of the incoming year. These began on December 13th, when the house was given a thorough cleaning; the date is generally closer the end of the month now.


Although local customs differ; the entrance of the house is decorated in traditional fashion way with “Kadomatsu” pine branches and bamboo besides the entrance way, sacred straw ropes “Shimenawa” with dangling white paper stripes (Shide) is hung over the front door to demarcate the temporary abode of the “Toshigami” and to prevent bad spirits from entering.


A special altar, known as “Toshidana” meaning Year Shelf is piled high with “Kagami mochi” (flat round rice cake), sake (rice wine), natural salt, persimmons, and other foods in honour of the Toshigami.

The night before New Year is called “Oumisoka” and many people visit the Buddhist temple to hear the bells rung 108 times at midnight to dispel the evils of the past year. It is also customary to eat “Toshikoshi Soba” that means year crossing noodles in the hope that one’s family fortunes will extend like the long noodles.


January 1st is called Ganjistu or Gankan.
This day is to celebrate the coming of the New Year in family.
On the second and third day of the New Year Holidays friends and business acquaintances visit one another to extend greetings named “Nenshi” and to sip some “Toso” a spiced rice wine.

Each dish has a blessed meaning such as happiness, prosperity, long life and so on...
This food is prepared in last days of December and placed in very beautiful lacquered boxes (Special type of Bento) so this way housewives do not have to worry about cooking during the New Year. In our days, Osechi are available in supermarkets and department stores to be even more convivial.

Otoshidama (Pochi bags)...
It is a special monetary gift to children from their parents and relatives during the New Year holiday. The money is put in a small cute envelope called pochi bag and handed to children. In old days this gift was not money but round rice cakes.

These cards fulfill much the same purpose as Western Christmas cards. Interesting facts is that Japanese are sending much more postcards the average mailing is 100 postcards by family. The cards must be posted in between December 15th to December 25th to then the postcards are held by post office and they are delivered on January 1st.

Kakizome...
First calligraphy of the year is to practice with Japanese brushes and ink for the first time in the year. It is custom to do it on January 2nd and to write favourite kanji or phrase facing the lucky direction of the year. Some people write their New Year resolutions.

We wish you a Happy New Year....明けましておめでとう。 Akemashite Omedetou...!!! 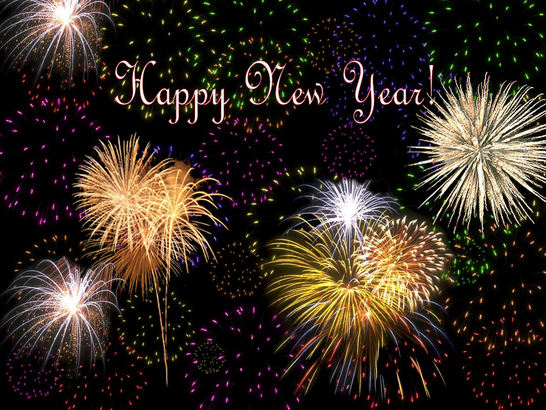 We hope that you will come back next year... See you soon...